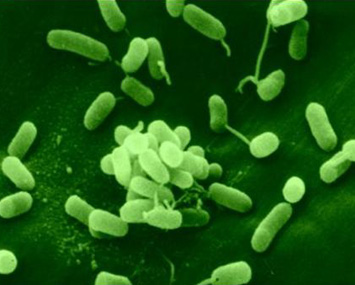 What is Pseudomonas aeruginosa?

Pseudomonas aeruginosa is the definition of a tough bacterial strain, able to survive in harsh environments.

It is found widely in soil and stagnant water, and can infect humans and plants.

It does not usually cause illness in healthy people, but is described as an "opportunistic" organism, causing serious infection when our normal defences are weakened.

This means that it represents a genuine threat to the most vulnerable hospital patients, most commonly intensive care patients, those with depleted immune systems such as cancer patients, people with severe burns and premature babies in neonatal units.

What kind of illness does it cause?

The severity and type of the illness it causes depends on its route into the body.

If it enters lung tissue, for example in a cystic fibrosis patient, it can cause a form of pneumonia.

Infection of a skin wound or burn can lead to extensive tissue damage or even septic shock.

If the bacterium infects the gastro-intestinal system of a vulnerable patient, then a condition called "necrotising enterocolitis" can follow, which again causes severe tissue damage.

This is the form most associated with premature babies.

How much of a problem is it in our hospitals?

Pseudomonas aeruginosa is a relatively common type of infection encountered in UK hospitals, and its tough nature and the severity of the symptoms it causes mean it is a priority for infection control departments.

There have been a number of outbreaks in hospitals in the UK, with the source sometimes traced back to contaminated water in sinks and drains.

It has the ability to survive for up to several days on surfaces, further increasing the risk of it being passed on to patients.

Latest figures suggest that the number of Pseudomonas infections is fairly steady, with between 3,700 and 4,000 cases reported to the Health Protection Agency each year.

Nine out of 10 of these were the Pseudomonas aeruginosa strain.

Rates were highest in the London region, and the majority of cases were in the elderly and babies under one year old.

How is it spread?

The usual route is through contaminated hands or medical equipment such as catheters and feeding tubes.

Infection control measures such as regular handwashing and decontamination of equipment are the most effective tactics to prevent its spread.

How can it be treated?

Once established in a weakened patient, a Pseudomonas aeruginosainfection is potentially a severe problem which requires immediate treatment.

While mortality from the infection varies depending on where the infection is, how soon it is treated and the underlying weakness of the patient, some studies suggest a third of infected patients may die.

The bacterium appears to have an inbuilt resistance to antibiotics, as well as the ability to mutate into new, even more resistant forms.

However, there are still a number of antibiotic drugs which can tackle it, and latest statistics in the UK suggest that the number of strains with resistance to any of these individual standard drugs remains fewer than one in 10.

How important is hand hygiene?

Colonisation and infection with Pseudomonas aeruginosa from the water supply constitutes a risk in hospital units. A short research note by the Health Protection Agency (Author Susan Jones) was published in the Journal of Infection Prevention in February 2011.

This article demonstrated that the use of correct hand hygiene minimises the risk of contamination of hands with Pseudomonas aeruginosa even when heavily contaminated wash water is used. A copy of the article can be downloaded here.

What is the latest guidance on preventing and controlling Pseudomonas aeruginosa contamination?

The Department of Health (DoH) have produced guidance and best practice information on the prevention of Pseudomonas and these can be found in the publications section on the right hand side of this page. Work continues on developing further technical guidelines and these will be added as soon as they are available.