Electric space heating is clean, quiet in operation and requires no regular maintenance. Over the years, electric heating has generally been understood to comprise a combination of both a storage component and a direct acting component, using static or fan-assisted storage heating to provide the base load heat requirement and direct acting heating in the form of panel convector heaters, electric radiators , fan heaters or underfloor heating  providing the finer adjustment for close control of the required temperatures.

Direct acting heating also provides the heat required in rooms with no storage heating. As insulation levels have steadily improved over the years, primarily due to the requirements of Building Regulations, so manufacturers have developed more sophisticated heating equipment and, particularly, its control. 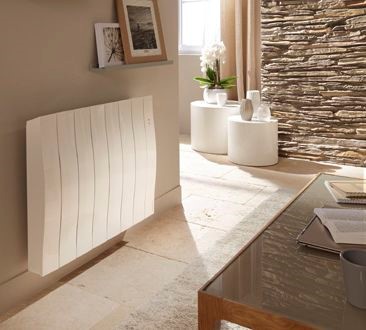 Electric heating systems are chosen as the principal heating system for a wide variety of applications from domestic heating to commercial and industrial premises. However, the majority of electric systems In the UK are used in domestic households and it is the second most common form of heating after gas.

In existing domestic dwellings, where the levels of thermal insulation are not usually up to current Building Regulation standards, the most common system to install is the system generally associated with electric heating, namely storage heating  in the main living areas and hall, and direct acting heating  in bedrooms, kitchen and bathrooms. With these systems, if sized correctly for the application, 90% of the heating energy should be provided at the off-peak rate and just 10% at the on-peak rate. As a general rule, all homes must always be well insulated if electric heating is to be installed.

In new, smaller dwellings which are necessarily built to very high standards of insulation, as the energy requirement can be very low, direct acting heating alone is often used. Direct acting systems are arguably the cheapest and simplest heating system to install yet they offer the most sophisticated level of control of any system, generally use less energy than storage-based systems, and consequently produce lower carbon emissions. However, if used on a standard electric tariff they can be more expensive to operate than a storage heater on an economy tariff. Nevertheless,  in very small dwellings if a home is well insulated, the amount of space  heating energy required can be very small, and the fact that a kWh of on-peak electricity is more expensive than off- peak is not of any real significance, as the actual difference in total running cost will generally be insignificant .