One of the world’s leading cable cleat manufacturers, Ellis Patents says that a business’s green credentials will soon play a major role in its success.

The North Yorkshire business has found it is being called upon with increasing regularity to provide a “green CV” when seeking to secure specifications for its electrical safety products, which are in demand around the world.

"The focus on green initiatives and the need for a business to boost its green credentials has been steadily growing over the last decade, but it’s a fair assessment to say that for many it was question of doing the bare minimum in order to tick the necessary boxes. That though is all about to change. Evidence of climate change is unarguable and we now all have a moral obligation to play our part in helping to save the planet. As a result, those businesses with the most impressive green CVs will rightly be given a greater opportunity to thrive.”

Ellis Patents has a green culture that pervades all aspects of the business and can be dated back to Monday 5th February 2001. What’s more, it came about as a matter of necessity. 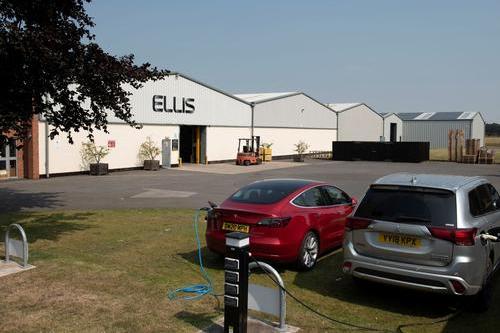 On his first day at the company, new managing director, Richard Shaw toured the site and was introduced to the factory substation, which he was told was at capacity and if you want to grow the business, you’ll have to invest in a new one.

“Financially that wasn’t an option and from that point onwards, energy consumption was a factor in every investment decision,” explained Richard. “We began planning for the long term and accepted from the very start that energy efficiency justified a longer payback.”

“Things didn’t change overnight; it was a slow process which advanced as finances allowed, however because it happened slowly the culture became truly embedded in the DNA of Ellis Patents.”

One of the first things to change was the purchasing of machines for the factory. New machines were chosen ahead of second-hand as they were more energy efficient, faster and

more reliable – and because of their quality the increased investment in their purchase was quickly forgotten.

Since 2001, Ellis Patents’ Rillington headquarters has expanded considerably – with five new buildings, exceeding 30,000 sq. ft. constructed. Every new building has been built to the highest standard of insulation, using rapid-close doors, and making the best use of natural light. The company was also an early adopter of LED lighting in the factory and the offices. 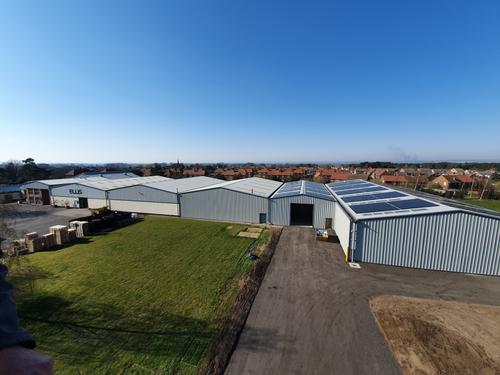 Meanwhile, Ellis Patents has invested heavily in all of its legacy buildings. All asbestos cement cladding was removed in 2015 and replaced with modern insulated materials. In its injection moulding facility, natural ventilation was introduced, which dramatically improved working conditions and all but eliminated forced ventilation. This not only saved power but reduced noise, improving environmental conditions for the neighbouring homes in the village.

Completed as lockdown began in March 2020, the latest new building was the most ambitious yet. It includes 408 solar panels, capable of providing up to half the company’s electricity needs. They also provide electricity for eight charging points for a fleet of electric and hybrid vehicles. The calculated payback for this investment was eight years, but Ellis Patents bought the best and the installation is already exceeding expected output.

Ellis Patents is also a partner of Circular Malton & Norton – a York and North Yorkshire LEP initiative aimed at developing local, collaborative circular economy approaches that will see the two towns become the first circular market towns in the region.

“This green investment and culture not only helps to save the planet, it keeps energy costs low, which protects margins and keeps us competitive,” concluded Richard. “And what about the substation? After twenty years of growth, incredibly it is one investment we haven’t had to make.”